We Are Pacific Stair

Located in Salem, Oregon since 1989, Pacific Stair Corporation is North America's leader in advanced egress stair system technology. Our talented team of professionals are experts in design, engineering, prefabrication and the installation of commercial steel stair systems. Our mission is to provide great efficiencies, construction and design savings, control of quality and scheduling, and ensure clients receive the highest standard of care and trust. 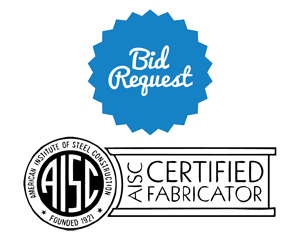 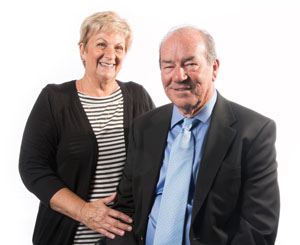 For over 25 years, Pacific Stair Corporation has transformed from a small, local fabrication shop to one of the nation's leading commercial stair suppliers.

Pacific Stair's history in Miscellaneous Steel and Metal Stair installation dates back to the founding of our company – known as the Gardner Brothers Ironworkers Company – San Leandro, California 1989. Our foray into becoming the all-in-one stair supplier began years later, when company founder William Gardner realized that there was more opportunity to be had in the stair industry. Stairs were being built for the buildings he installed; and shortly thereafter, William Gardner set his sights on expanding his business. William relocated back to his home in Salem, Oregon. He rented a small building with only 4 employees, comprised of family members. The rest is history.

As an experienced installer, William Gardner understood the importance of quality and efficiency. Focusing solely on stair systems, William was able to standardize systems to eliminate costs and confusion.

With construction booming in California, stairs were built in Salem, Oregon and shipped to job sites in San Francisco, California where they were installed by Gardner Brothers Ironworkers. As time progressed, Pacific Stair branched out over the Bay Area, later expanding to Southern California, Seattle, Portland and across the United States. The word was out about the small stair company that provided complete stair packages - designed, engineered, delivered and installed nationally.

As the number of contracts increased, so did the need to add production space, personnel, and equipment. Larger facilities were built, equipment was purchased and fabricators were hired to manage the demand.

Today, Pacific Stair Corporation has designed, fabricated, furnished and installed stairs in all corners of the continent including Hawaii, Alaska, New York, The Philippines, Israel and beyond. While never losing sight of the principles on which Pacific Stair was founded. Our constant pursuit of a quality stair system at an affordable price, designed with the installer in mind so our customers can increase their profits has been the objective since day one.

At Pacific Stair, we create leaders at every level and generate momentum in the market we serve. We do that by rewarding innovative thought, and respecting the long-standing values that has made our company unique since 1989.

Our people have a passion for building above all else.

We thrive on complex projects that challenge our creativity and call for innovation. We know we must compete and earn our work every day; leaders do that best. We understand that sustaining our team requires us to recruit, train, mentor and motivate at every available opportunity.

Our culture is based on accountability - to each other, to our clients and to our legacy.

We know that to be successful we must always: "Do what we say we will do." We know that in order for our team to succeed, everyone must dedicate themselves to hard work - and supporting those around them. We understand that a sense of urgency and commitment to quality cannot only coexist in a culture, but drive it.

Our relentless focus on Building Trust.

We ensure that each time we work with a team member - whether they are a employee, an industry professionals or a client - we put forth our best possible work and effort. We know that passionate dedication to providing consistent services is the only way to earn respect, trust and opportunities over time.